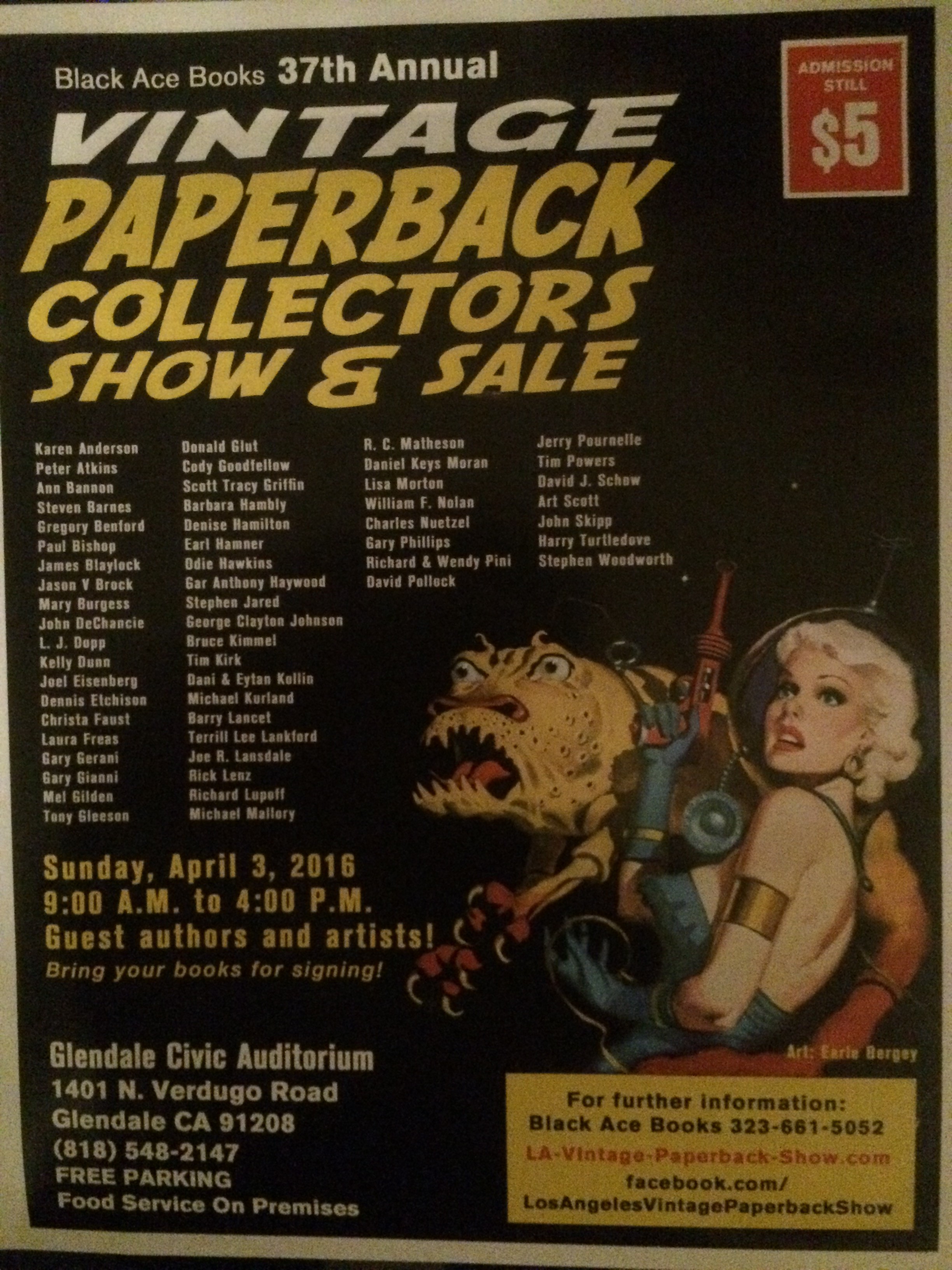 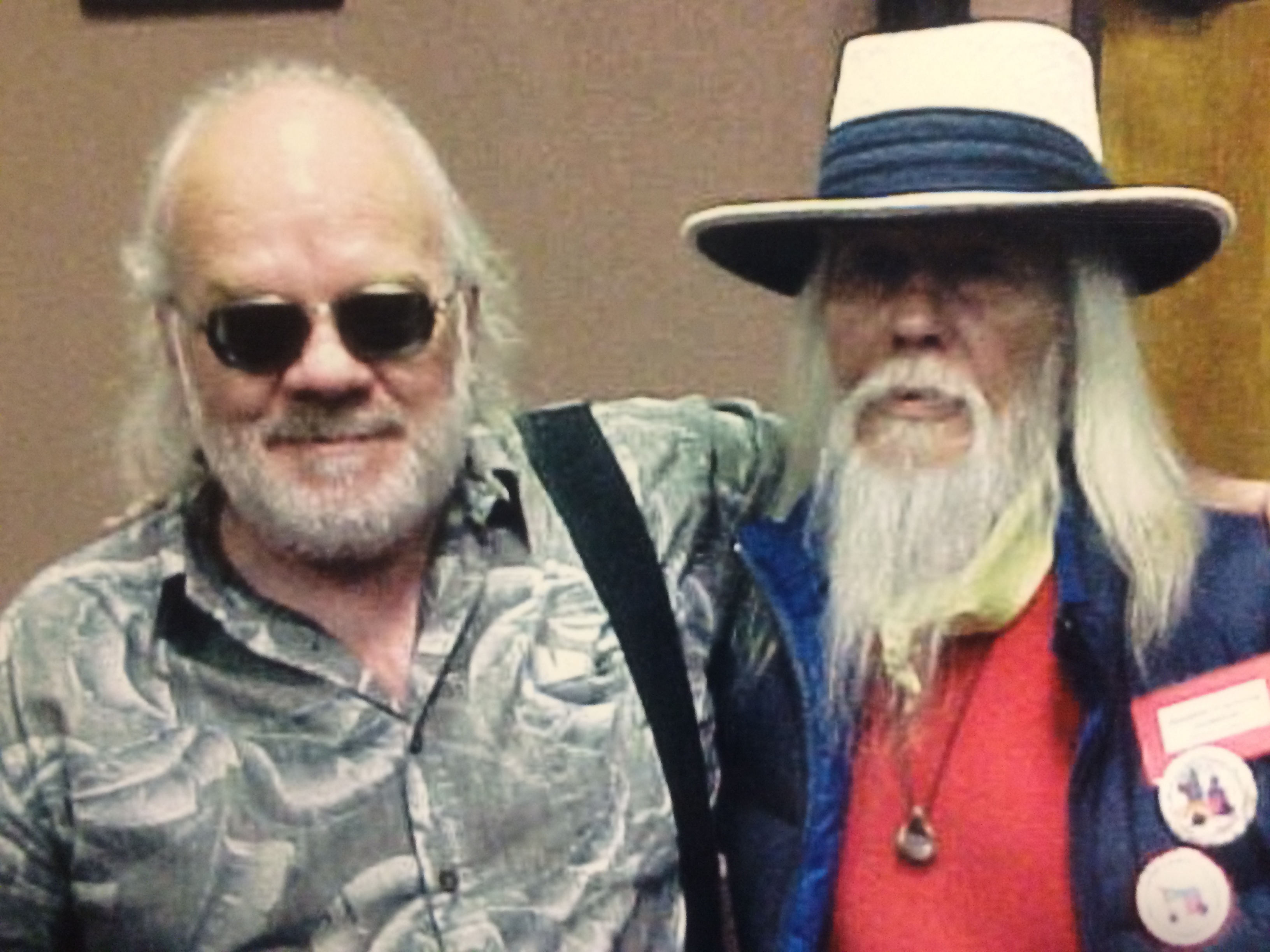 What Up Hollywood, urged on by Bookstore Memories, had to really dig through the archives to find this great old photo of George with former Los Angeles Free Press Editor Brian Kirby.  This was taken at Tom Lesser’s annual Paperback Collector’s Show in Mission Hills many moons ago.

A TRIBUTE TO GEORGE CLAYTON JOHNSON
This program is free to the public – first come, first served – with a suggested donation of $8 to our nonprofit to help cover expenses.

George Clayton Johnson (July 10, 1929 – December 25, 2015) penned some of the most memorable science fiction scripts of the 1960s and ’70s, including the first episode of “Star Trek” and seminal episodes of “The Twilight Zone,” as well as co-writing the novel Logan’s Run. Join us for an evening celebrating Johnson’s life and career, including “Twilight Zone” episodes “Nothing in the Dark”(1962), “A Penny for Your Thoughts” (1961), “A Game of Pool” (1961) and “Kick the Can” (1962), as well as remembrances from colleagues. There will be a panel discussion and a performance by members of Ray Bradbury’s Pandemonium Theatre Company.