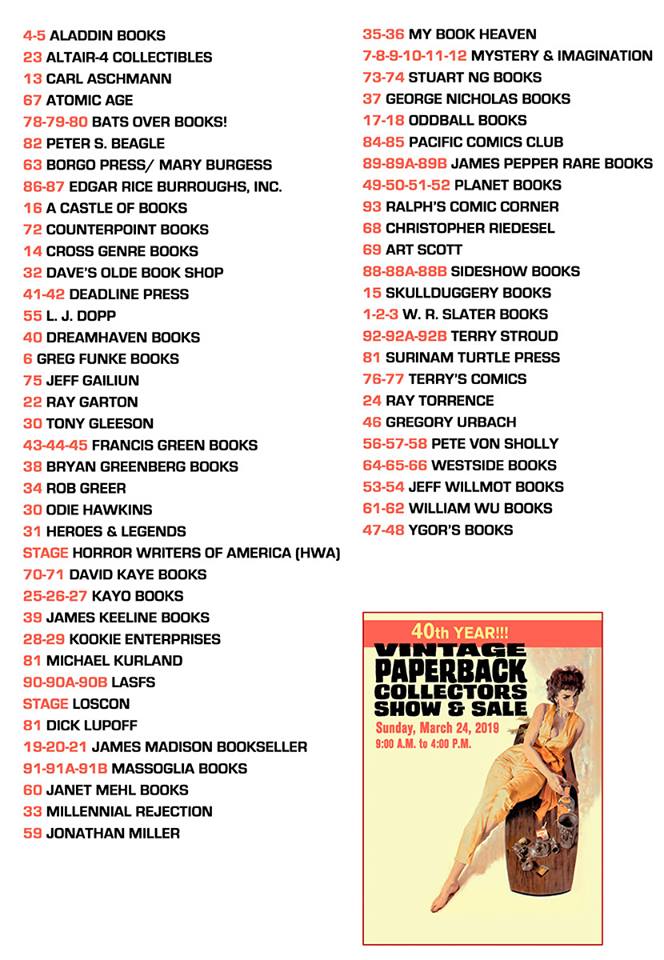 Store Has Been in Pasadena 29 Years 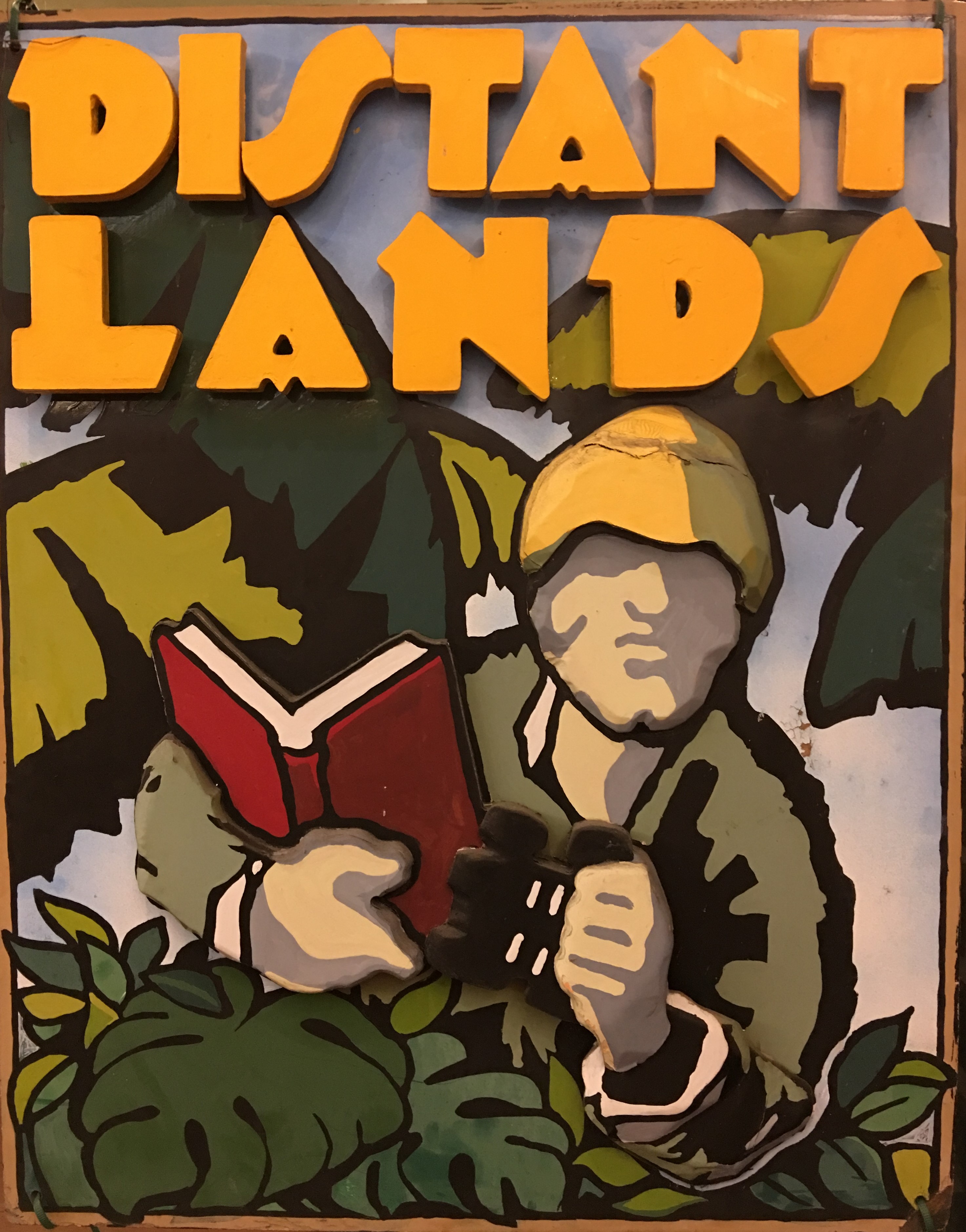 The wonderful travel bookstore and outfitters in Pasadena, Distant Lands, will close its doors by the end of December, possibly as soon as Christmas Eve.  The Store, located in trendy Old Town Pasadena at 20 South Raymond, has faced increasingly high rents since they started in business 29 years ago.  As with other bookstores, when the rents go sky-high it is impossible to survive selling general books to the public. 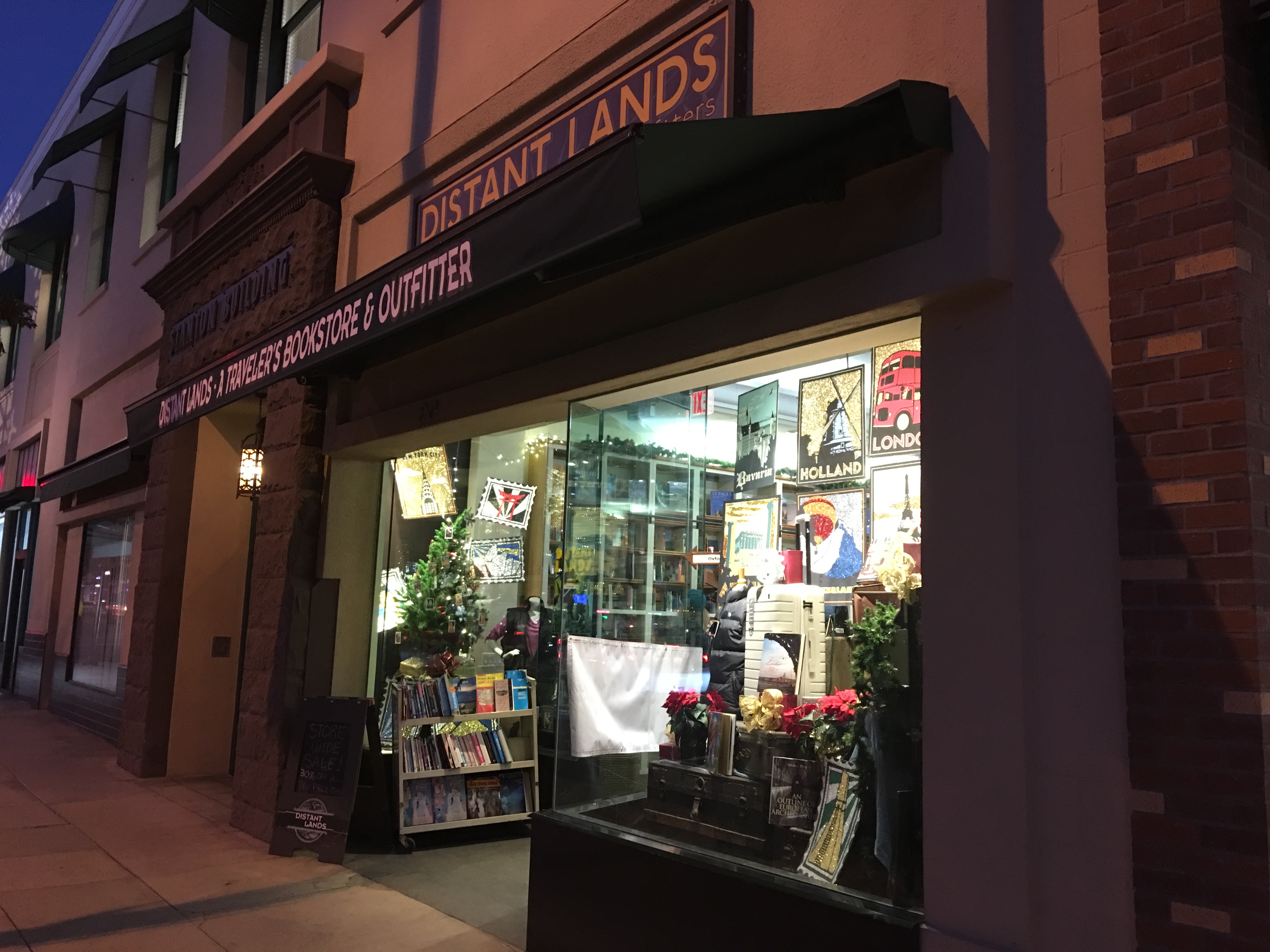 20 South Raymond is near the heart of Pasadena Old Town

Other factors in the closing this month include the intense competition from huge internet operations in the travel business itself, which has led to many travel agencies around the world to close their doors.  The large internet corporations achieve a near-monopoly status and discount fiercely, making it nearly impossible for smaller agencies to survive.  Another factor might be that large parts of the world are unsafe for travelers at the moment, due to wars, famine, and political turbulence. 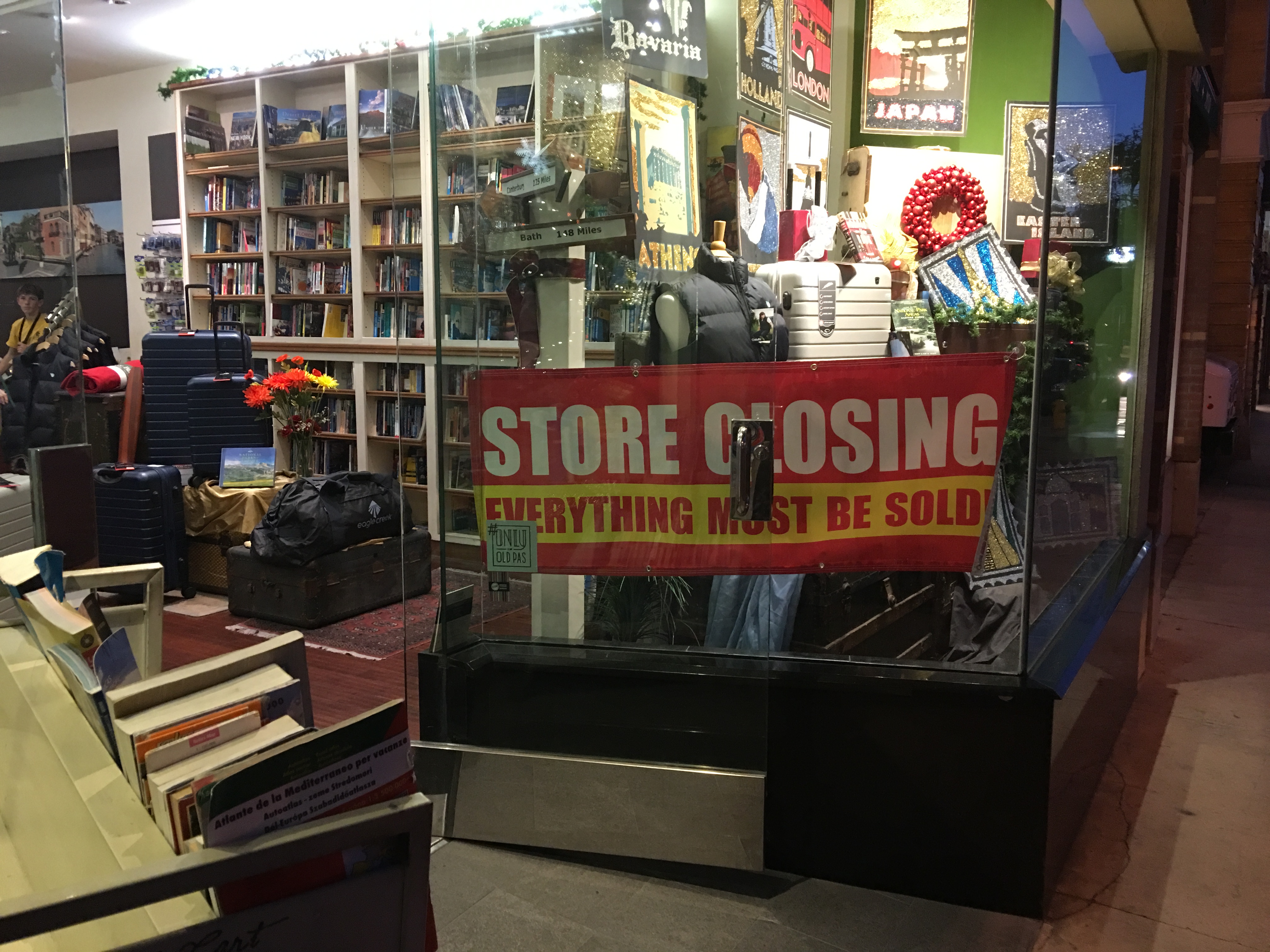 The Store-wide sale is starting now.

Distant Lands carries a large stock of books on travel, as well as maps and other informative information.  Everything is on sale, including travel gear, fantastic back-packs and even some display items like funky old suitcases and trunks. 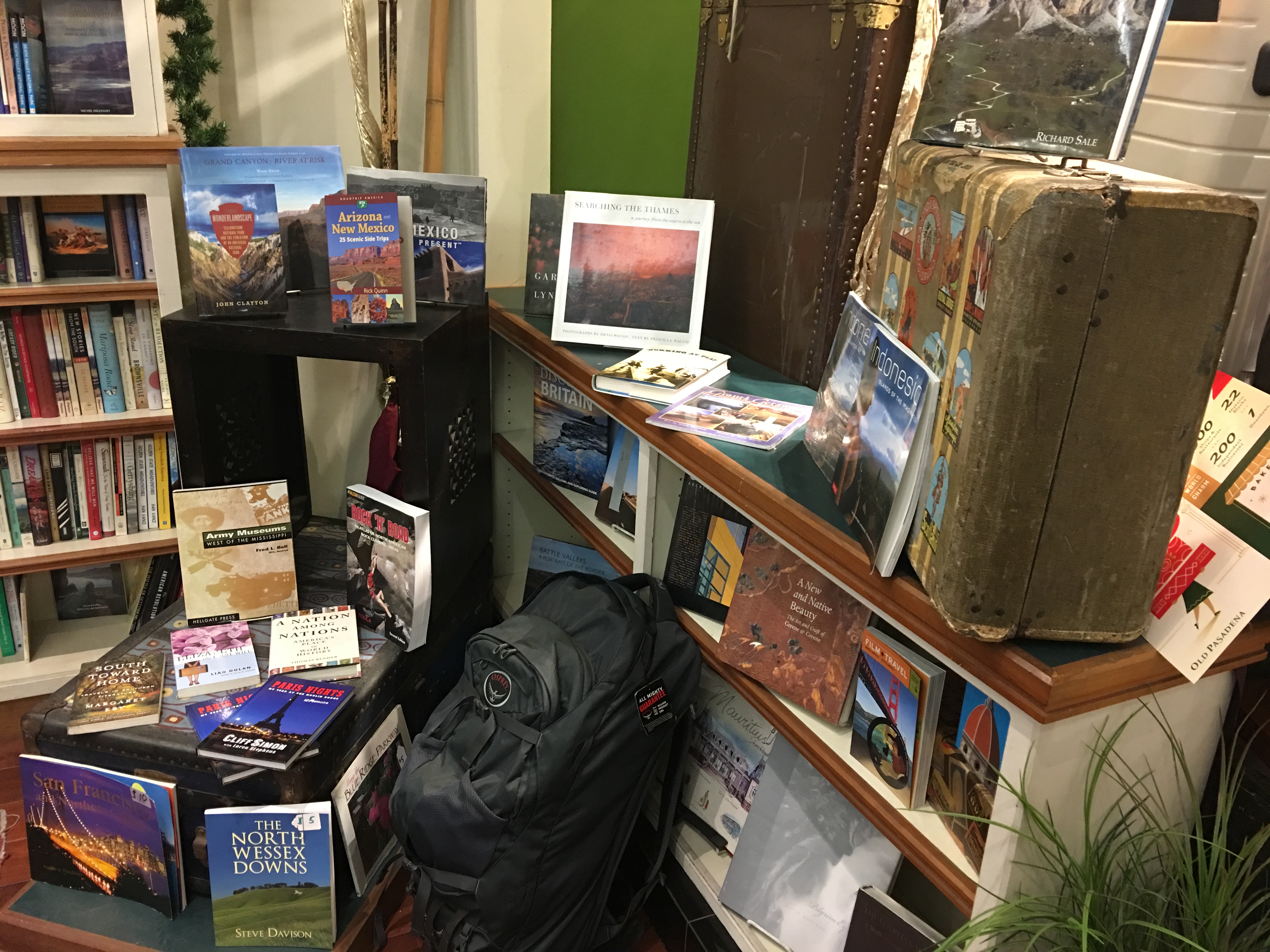 The store has a Facebook page and also a website, www.distantlands.com.  The owner said he will probably continue business online only in some fashion, but right now he is  concentrating on their store-wide sale. 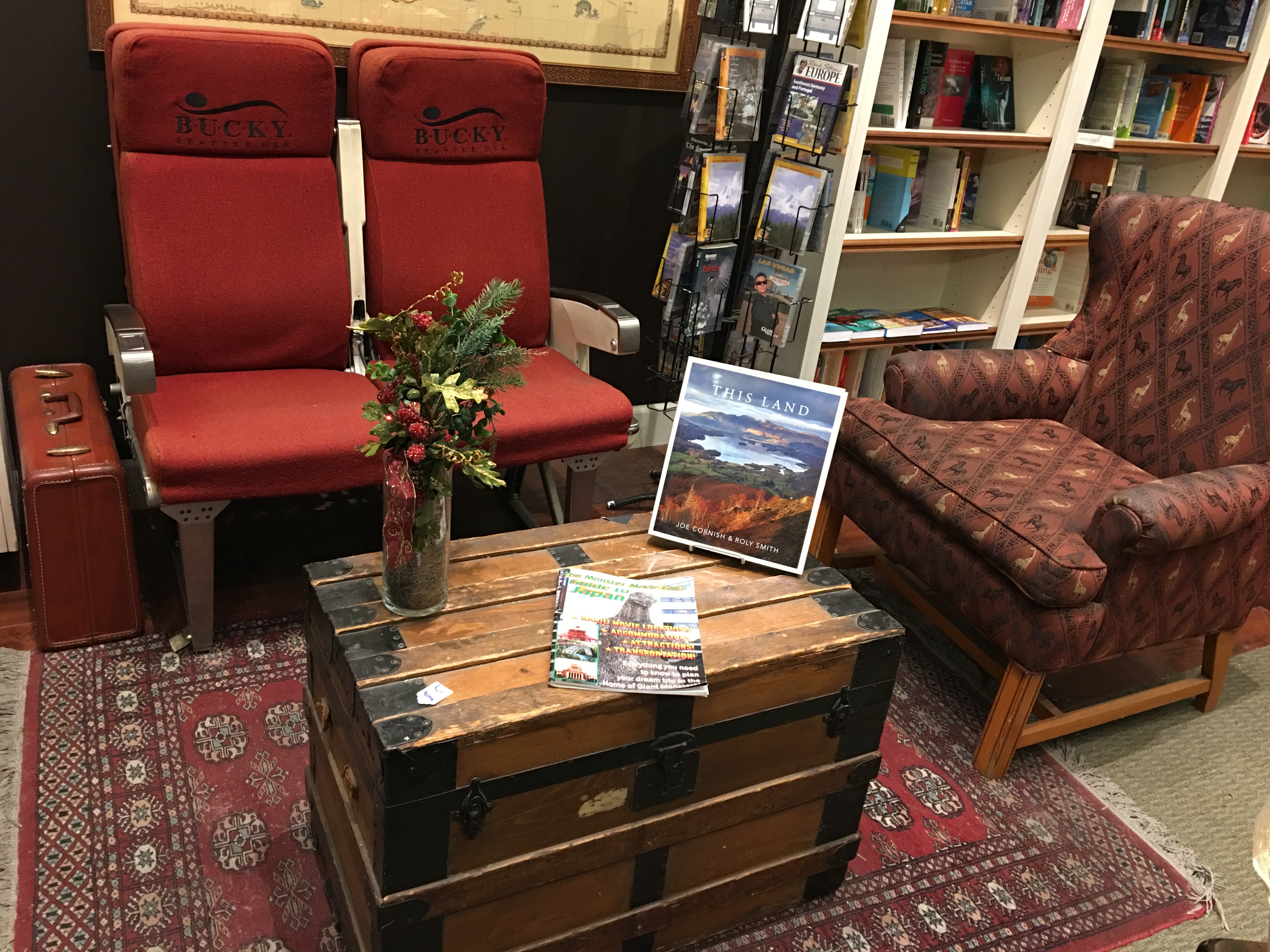 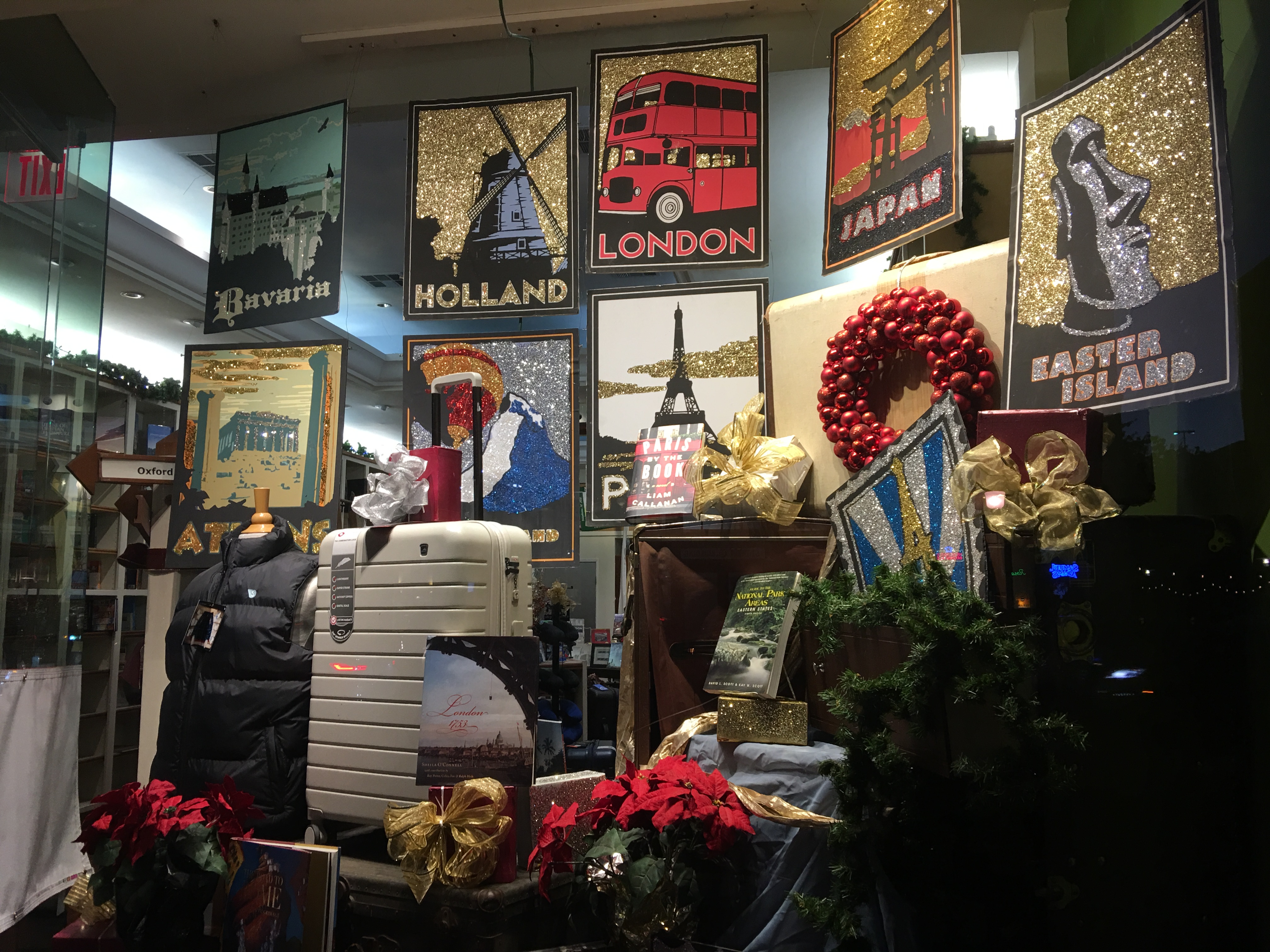 For many folks, Distant Lands was the starting point for an adventure of a life time.  The store could guide you and help you plan your travel to many remote and exotic places. Your memories of these travels and adventures remain forever. It also attracted a large and constant stream of foreign tourists, who came to get information on where to go in the Los Angeles and Southern California area.  Pasadena is a mecca for tourists, the yearly Rose Parade attracts people from around the world. 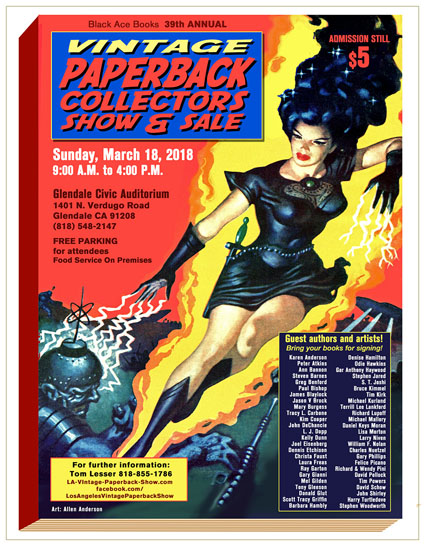 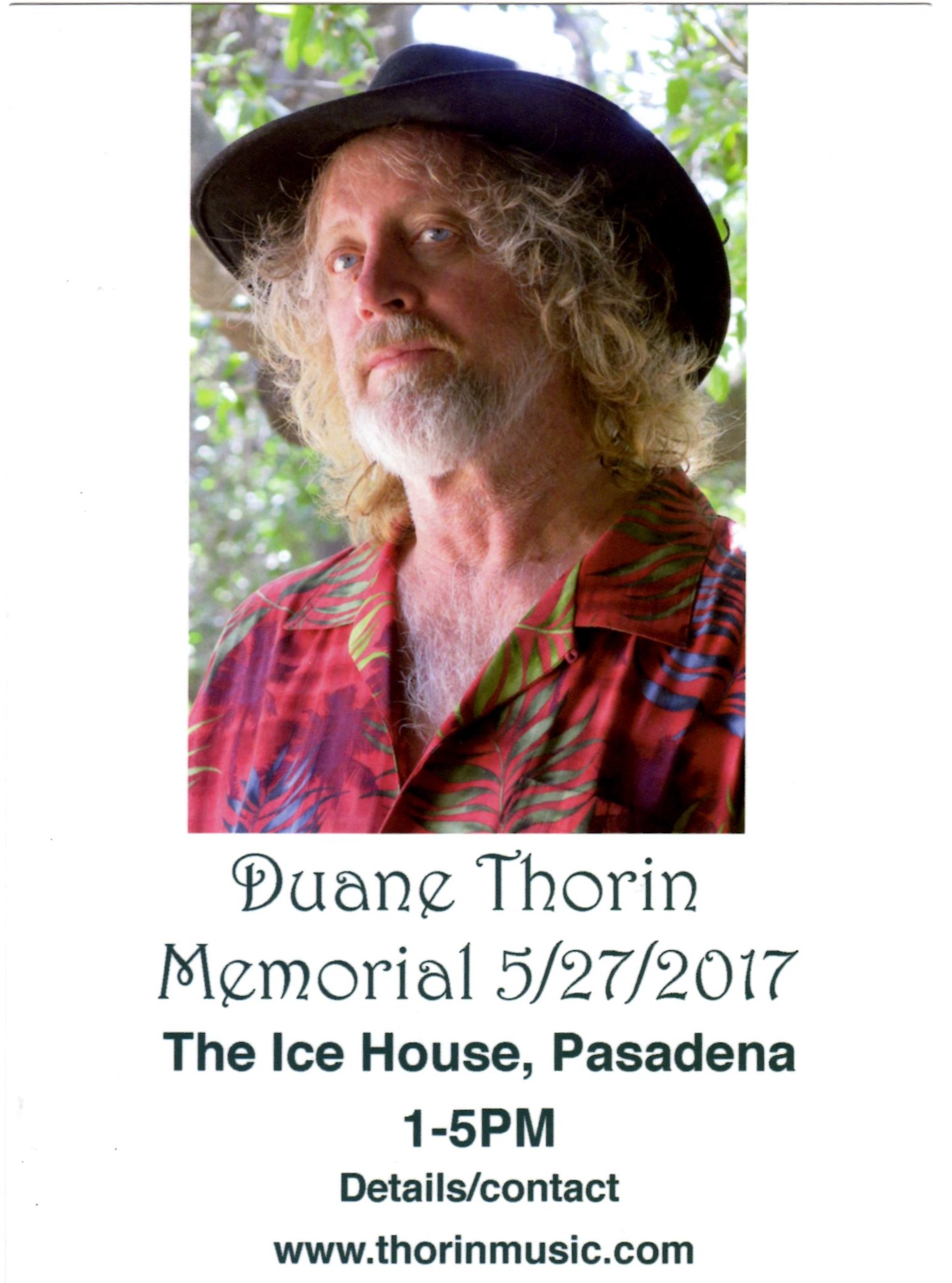 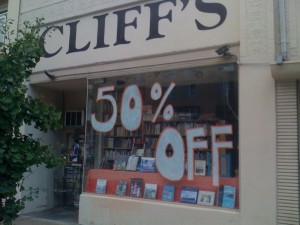