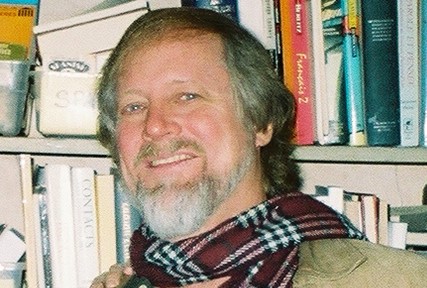 Duane Thorin had music in his heart from birth. He loved to sing, play the guitar, entertain. But the path to that musical life was paved with obstructions and suffering. It was only when he was crushed by the 2008 meltdown like millions of other folks that he somehow rose from the ashes of despair to be able to live his dream of music, storytelling and song and make his mark on the Southern California cultural scene.

I first met Duane in the 1990’s when he was a frequent visitor to my bookshop in Burbank, Magnolia Park Books.  At the time that I met him, he was installing swimming pools in middle class areas of San Bernardino and Riverside. Those were the years of the housing boom. The government and the banksters were pushing everybody who was breathing, and some who were possibly not even existing in this dimension, to buy a house. Out in the hinterlands of San Berdoo, there was a huge housing boom. They were springing up in every desert plot and sandy hill that was available. Mortgages were rubber-stamped, and the middle class, eager to participate in the great American dream, poured into the area.

The families that bought these new digs got settled in, but then they got a taste of summer. It’s not Death Valley, but it is boiling hot out that way. The moms and pops had to hear their kids whining about it every damn day. The summer boil. No school with air conditioning. No nice grassy back yards like in the Westside of L.A. Just sand dunes. What to do? Paying the mortgage was tough enough, no way for a real swimming pool like in Beverly Hills. So how about an above-ground pool? They are just big enough and deep enough to keep the kids wet, a place to play in the yard at least part of the brutal summer days. Once the parents bought the pool, they would be given a referral to a guy like Duane who would come out to your place with a crew and actually install the thing on your sandlot.

Duane relaxing at the old Cliff’s Bookshop in Pasadena. Photo by Paul Hunt

Duane was a big sturdy guy. Although he had worked in the entertainment world part of his life, several years booking acts into the Ice House in Pasadena, he still had to make a living. I don’t remember how he ever go into that business, but he did. Part of the lure of it was work like a dog all summer and make enough to live the rest of the year. The reward during Fall and Winter was to do the things that he really loved to do, singing, music, reading. But installing pools out in San Bernardino in the middle of summer is brutal work. The area had to be leveled, the rocks, snakes and lizards moved out, and then the pool put together so that when it was filled the water would stay inside.

He always had a tough time keeping a crew, the work was hell, long days when 100 degrees was the lowest it ever got, burning your skin off. Take your salt pills and drink gallons of water ’cause you’re going to sweat until you end up looking like a prune. Duane would come into my shop and occasionally dragoon some unemployed book – lover to work for him in the pool biz. If those guys lasted a week it was a miracle. Most were skinny and pale, night owls with an aversion to sunlight. I used to joke about it with him, telling him he was killing my customers. He said he was just trying to put some money in their pocket for an honest day’s work. Usually they were done in one or two days, and after a couple weeks of recuperation they looked forward to something a little less physical, like working at a Starbucks. Anything other than the sheer brutality of that scalding sun.

At times, even Duane had to back off for a few days. The pressure from the pool companies was intense. They would sell scores of pools and they depended on Duane to put them up. He had all his equipment loaded into a trailer, which he would pull out to the customer’s property. A difficult pool installation might take more than one day, sometimes several days. He would get a cheap motel and the crew would have to sleep there until the job was done. Just before the economy crumbled, an omen had popped up: his main guy, a really hard working Latino, was arrested and sent to prison for something. Duane was upset about that because he depended on him. It meant hiring 2 guys to replace him. The work load was intense, the phone always ringing, more jobs than he could ever handle. But it all came to a dead stop with the 2008 financial crash.

The big Meltdown hit everyone. The middle class was devastated. The poor class swelled with new members. Millions lost their houses, their savings, their way of life. San Bernardino looked like a big ghost town. Within a couple years, the City was sending guys out to the neighborhoods to spray green paint on dead lawns on the abandoned properties so they would look lived in. The pools were a big problem. The happy days of children splashing in the pools became the nightmare of the City, as the thousands of abandoned pools, now with stagnant algae packed water, became a breeding ground for billions of mosquitoes. City crews spent months draining the pools that Duane had built. We joked that maybe the thieving bankers visiting their now empty houses would get a well deserved dose of malaria in the process. 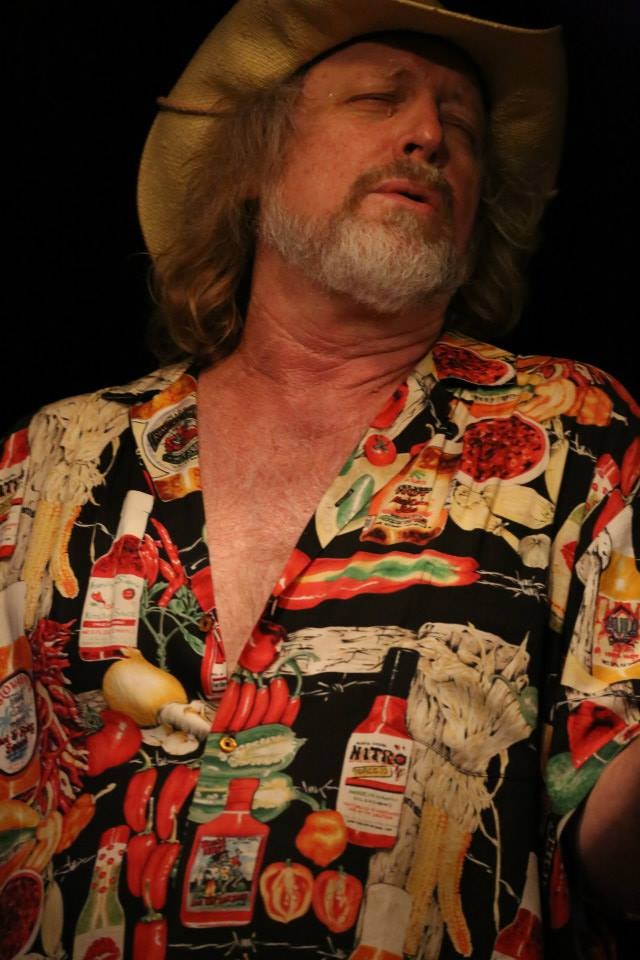 Back in the bookstore, I saw Duane on almost a daily basis. We became fast friends. He was talented, intelligent, funny and literate. His business had collapsed but he lasted a couple years on his savings. I had to close the book store about the same time, and move into my van. At some point, he ran out of money totally. There was no work in L.A. The homeless population was swelling, thousands of families living in cars and vans. He lost his apartment, but I found him an RV which he got parked on a friend’s property, a lovely couple living in the mountains of Altadena. Through this crushing defeat, Duane Thorin was reborn. It wasn’t easy, he and I were often together at food banks. We hung out at coffee houses. The weird thing was that he was free. Free to change. Free to pursue his dreams.

He now had time to devote to his music. He sang at coffee houses, ran open mic nights, sharpened his skills with his guitar, hustled some music jobs, wrote songs. He was killer at it. His creativity exploded.

He also had time to do something that he wanted to do for years. His dad, also named Duane Thorin,  had been in the Korean war. He was captured by the North Koreans and thrown into a jail with other G.I.s. He managed to escape and was free for some time, trying to make it back to friendly lines, but was recaptured due to another G.I. making a stupid mistake. Duane’s dad was one of the only Americans to ever escape from the North Koreans. His recapture meant that torture and punishment would now be his life, and the North Koreans turned him over to the Red Chinese. 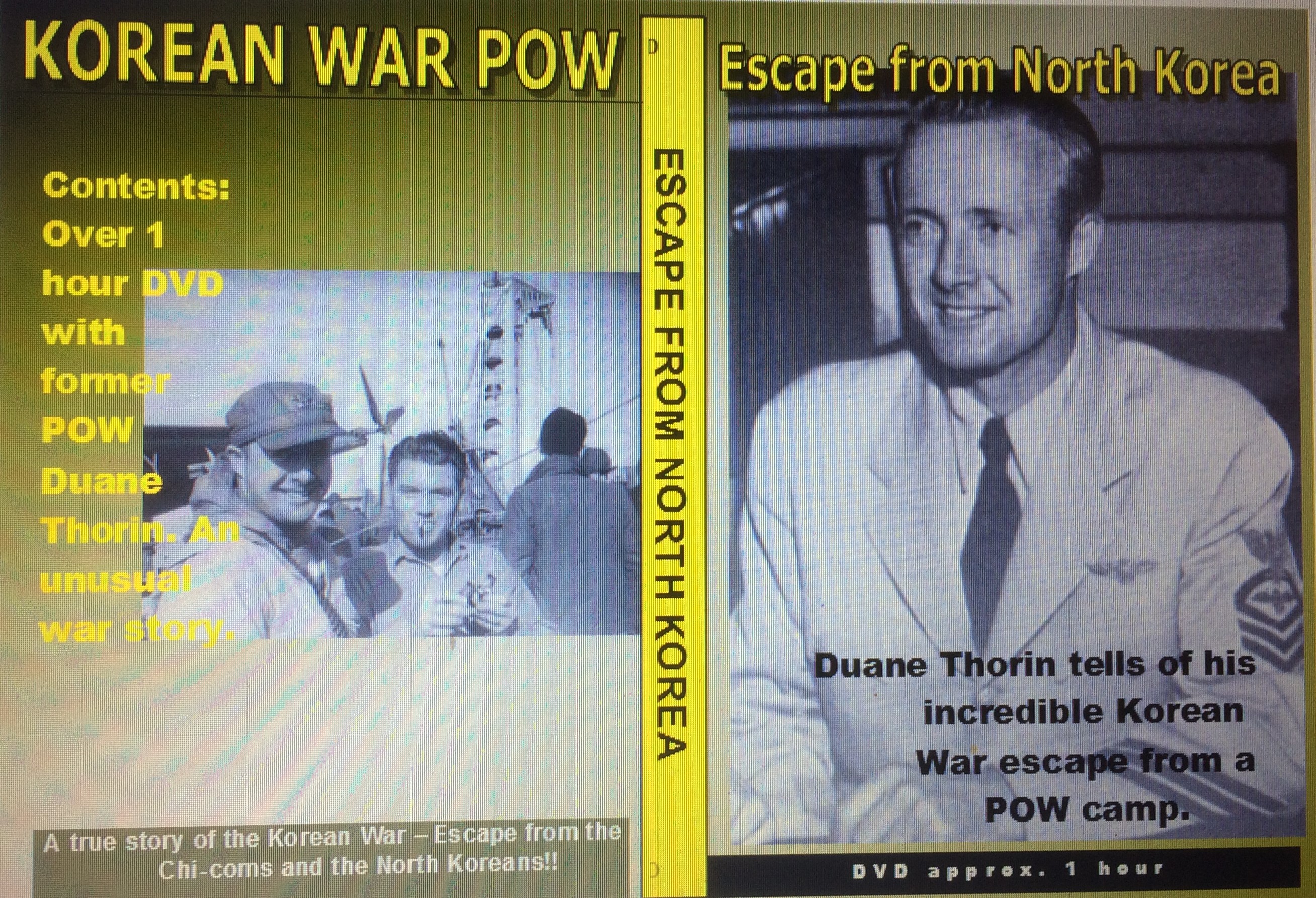 Duane had made a recording of his dad telling his story before his death, and wanted to get it out, so I helped him to produce a CD of the original recording. It’s an exciting story, although agonizing to re-live the captivity.

Duane, was very patriotic, and wanted folks to remember what those who served for us had to go through. Listen to Duane singing the National Anthem. It will floor you.

Duane’s career soared in the last few years. He was in demand as a singing coach and manager, he arranged and ran the musical entertainment for private celebrity parties, he sang at venues around the southland and wrote songs. We were blessed to have Duane’s music video, Occupy Your Car, and his original song about Walmart moving into a small town.

The songs are so powerful because Duane lived through it. He knew what it was to live in a car. He could write his songs from his heart, drawing on his own personal experiences. His good friend Donna has filmed and recorded Duane for years, and we are blessed with the preservation of his music.

His sudden death last week was a shock. He seemed healthy, in good humor, and leading the life he always dreamed about, the musical life. He had created a character called Chef Duaneo, an Italian Chef who sang opera. Duane had so much fun with that, and Chef Duaneo was a hilarious musical show that played around town.

L.A. has lost another great voice, a bard, a troubadour.
Duane Thorin joins some other noted musicians who have passed recently. I can’t help thinking that Heaven’s gotta be rockin’ right now.

This is a revised version of a story that I wrote two weeks ago for www.GypsyCool.com. –Paul Hunt