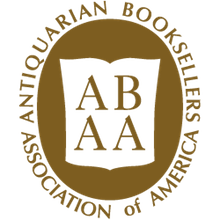 ABAA Waged a Successful Campaign for Booksellers in California

Thanks to the actions of the ABAA and other booksellers, the loathsome law that made it almost impossible to sell autographed books in California is now history, replaced in an “emergency” fashion by the State of California and signed into law.  This new law makes it clear that only sports and entertainment autographs were the target of the previous bill, and the new bill excludes signed books. The new law still requires dealers who are selling sports memorabilia or entertainment memorabilia, including signed photos, to follow strict guidelines by posting notices offering return privileges and other consumer protections.

Here is the link to the State of California’s new law regarding autograph materials, with an introduction and Legislative Counsel Digest.  The entire new law is at this link, so you can print out the new law and study it.  It is much better for booksellers than the former law, named after Assemblywoman Ling Ling Chang that basically was so onerous that the sale of autographed books was halted by many California booksellers who were justifiably afraid of the severe consequences of being trapped by legal tricks and sued for 10 times the value of the book simply for not following strict guidelines.  The old law punished folks for making technical mistakes, not for selling bad autographs.