The true cost of the U.S. Government’s continued lax attitude about the amazon.com monopoly has come to light in studies conducted by the American Booksellers Association and other independent groups.  Amazon has a virtual monopoly on the book business, both new and used.  They also have similar status in other industries, and despite raking in hundreds of millions of dollars from the Pentagon, Retail Sales, and C.I.A. purchase of “Cloud” space, they still didn’t pay a dime of income tax last year. 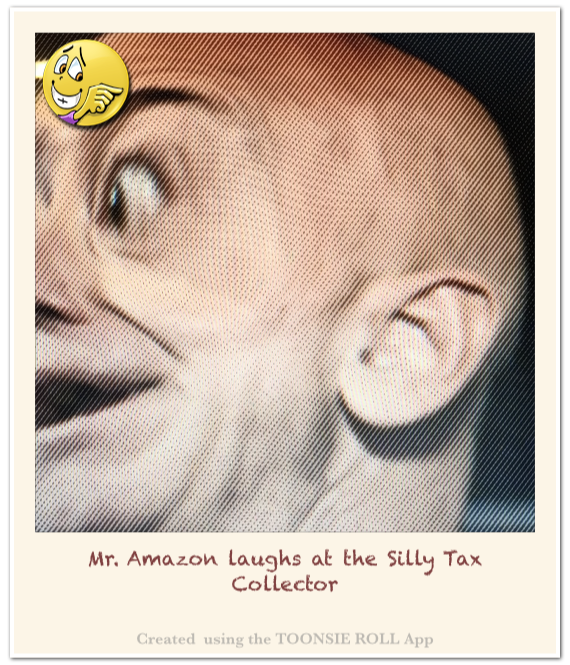 That’s right folks, a profit of 11.2 Billion Dollars and not a penny of income tax.  Worse, they got 129 million back as a refund for “tax credits”.  The year before they made 5.6 billion, and paid nothing.  Click here for details on Amazon Federal Taxes.

Here’s some more interesting facts from a recent One Year Period:

The equivalent of 39,000 retail storefronts were displaced by amazon’s monopoly practices.

Click Here to read more details from the report from the ABA.

It is far past the time that the remaining independent and used book dealers get together and devise a strategy to fight the amazon monopoly.  It doesn’t look like the government is going to be of much help, they are too busy shoveling hundreds of millions to them for Defense Department items.