Adam Parfrey with his beloved dog

The book business is by and large fairly tranquil, interrupted once in a while by some scandalous behavior revealed in a movie star’s biography, or a shocking new novel of life on the seedy streets of Los Angeles. The recent death of popular culture publisher Adam Parfrey has brought out some interesting and lurid memories of Los Angeles’ Bad Boy. Stanton LaVey, grandson of Anton LaVey, founder of the Church of Satan, has just published a memoir of his dealings with Adam, titled The Man Who Sold The World- My Times With Adam Parfrey.

Stanton’s memoirs of Adam sort of begin when Adam was visiting Stanton’s mother Zeena in Los Angeles in 1988. Adam was re-issuing Anton LaVey’s book “The Compleat Witch, What to do when Virtue Fails,” with a new title “The Satanic Witch.” He had asked Zeena to write the introduction to the new publication. With Adam visiting Zeena at night they began to do things loudly in all night failed virtue routines, causing Stanton to have to turn the volume all the way up on his television to drown out the sounds of “moaning and creaking of the box springs against my bedroom wall.”  His entertaining article goes on to mention his interaction with other pop culture icons, Boyd Rice, Nick Bougas, Nikolas Schreck, Richard Lamparski, Crispin Glover, Zeena LaVey, Radio Werewolf, and of course his Satanist grandfather Anton. His dealings with Adam Parfrey span years and cover Stanton’s days as a bookseller.

Sometime around 2000 Stanton opened a book shop on the Sunset Strip, just west of Gardner Street, a block from the famous Guitar Center. He called it The ODIUM. Filmmaker John Aes-Nihil, Stanton’s friend, and noted chronicler of the Manson Family, called me to help accumulate some shelving and showcases. John supplied a truckload of video to help stock the shop. Stanton made a deal with Adam to sell “returns” of his Feral House book inventory. The shop was painted and decorated in bright red from floor to ceiling, the main room portraying what a bookstore in Hell would be like. The stock consisted of books, CDs, Video and DVDs on every form of underground Kulture, Satanism, Serial Killers, Charles Manson Family materials, Music, Magick, the strange, the unusual, the esoteric. There was nothing like it in the entire world. 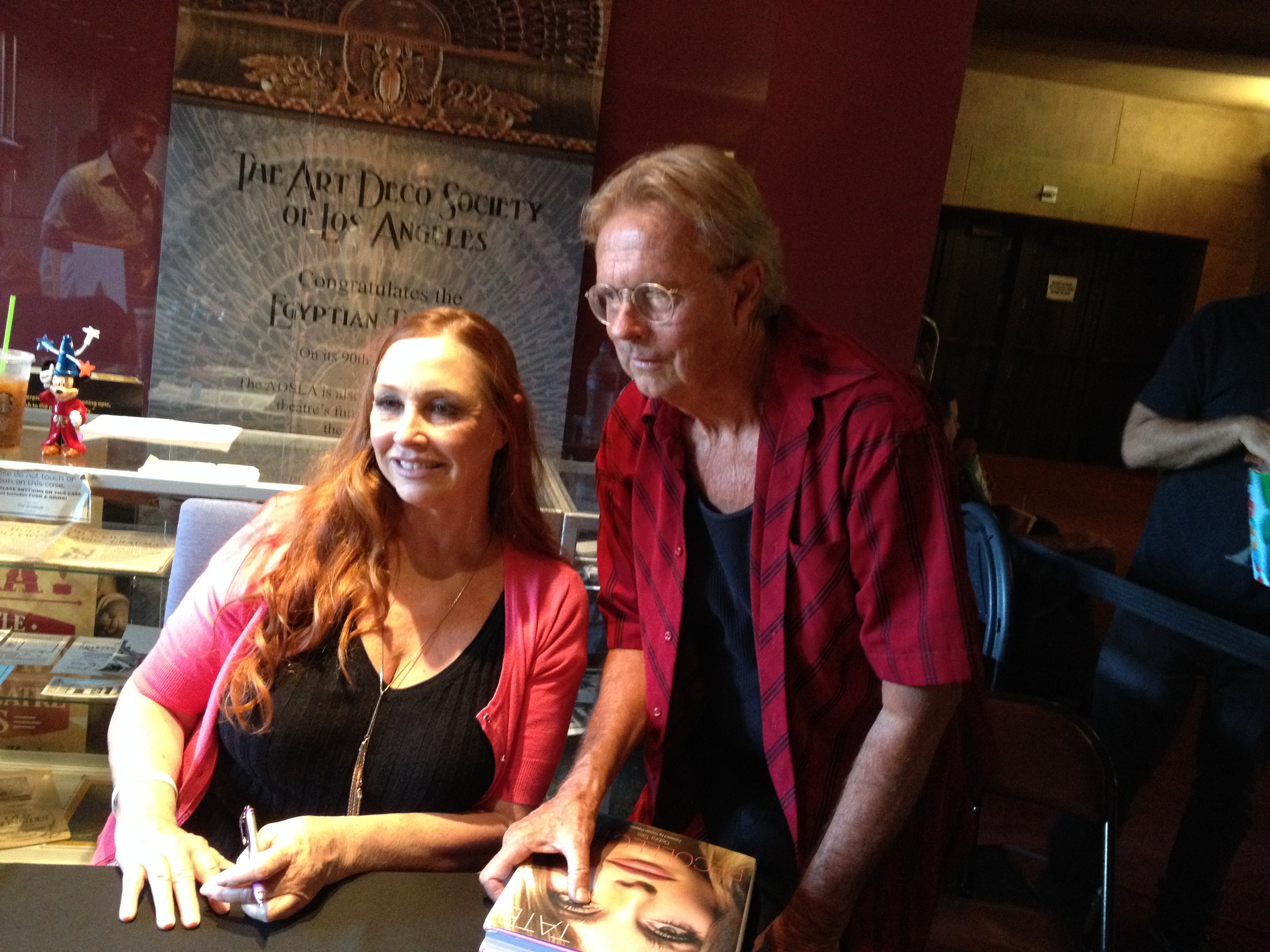 John Aes-Nihil with Debra Tate at the launch of her book on Sharon Tate.  Photo by Julie  Webster

Adam Parfrey made an especially interesting presentation there one night. He had returned from a trip to Indonesia and had brought with him posters, books, t-shirts and other memorabilia that glorified Osama Bin Laden. This material he later put into a book called Extreme Islam, which was certainly spot on for the time period. He pointed out in his lecture how the Muslims in Indonesia considered Bin Laden to be a great hero and his support and adulation was huge in that country. Stanton had an off duty LAPD cop and heavy security as a publicity stunt out on the street in front of the shop, but in fact there was a possibility of some Islamic extremists to try something nasty. Think, an American Satanic leaning bookstore scorching the Muslim warrior Bin Laden. Sure to rile the vile in the radical world. The presentation was a big success for Stanton, a packed house, some sales and a boost to Adam’s creds as L.A.’s up and coming troublemaker, even on the international scene.

The thread of history leading up to that moment of time on Sunset Boulevard at The ODIUM is an interesting one. None other than Ted Gunderson, head of the Los Angeles F.B.I. Office, revealed that the CIA and top administration officials had brought Bin Laden to Southern California to raise funds for the Jihadists in Afghanistan as they battled the Soviets. Gunderson was in a meeting that was meant to introduce Bin Laden, under the cover name of “Tim Ossman” (get it – OSS Man) to Southern California law enforcement leaders. The CIA wanted them to know that Bin Laden was “our guy” and to leave him alone in his fund raising to arm the Jihadists. His Al-qaeda group was named by the CIA and meant “the Base”, referring to their database of fighters they had enlisted in their secret war in the mountains of Afghanistan.

We are a long way from that night at The ODIUM, when Adam Parfrey sounded the alarm about “radical Islam”. The United States is still there waging war. We long ago dumped our “friend and surrogate” Bin Laden, making him a boogie man as an excuse to invade Iraq, and finally assassinating him (if you believe the Pentagon’s raid story.) History and time move on. Parfrey is gone, Gunderson is gone (2011), Bin Laden gone, the mighty Soviet Empire is gone, The ODIUM long gone. Only the Pentagon, the very symbol of Satan, and it’s vast armies are still there, bombing hospitals and wedding parties, killing civilians, fighting new enemies and “terrorists” on the same blood-soaked territory many years later. Is this all the intense drama of an ongoing Occult War? Or is the U.S. just stuck in a groove, unable to move as the record spins around the turntable of the Gods, until someone, or something, gives the armature a little flick?

Stanton LaVey’s funny, articulate, lurid article on Adam Parfrey can be read on his website BaphometX.com, click here to enjoy the memories. 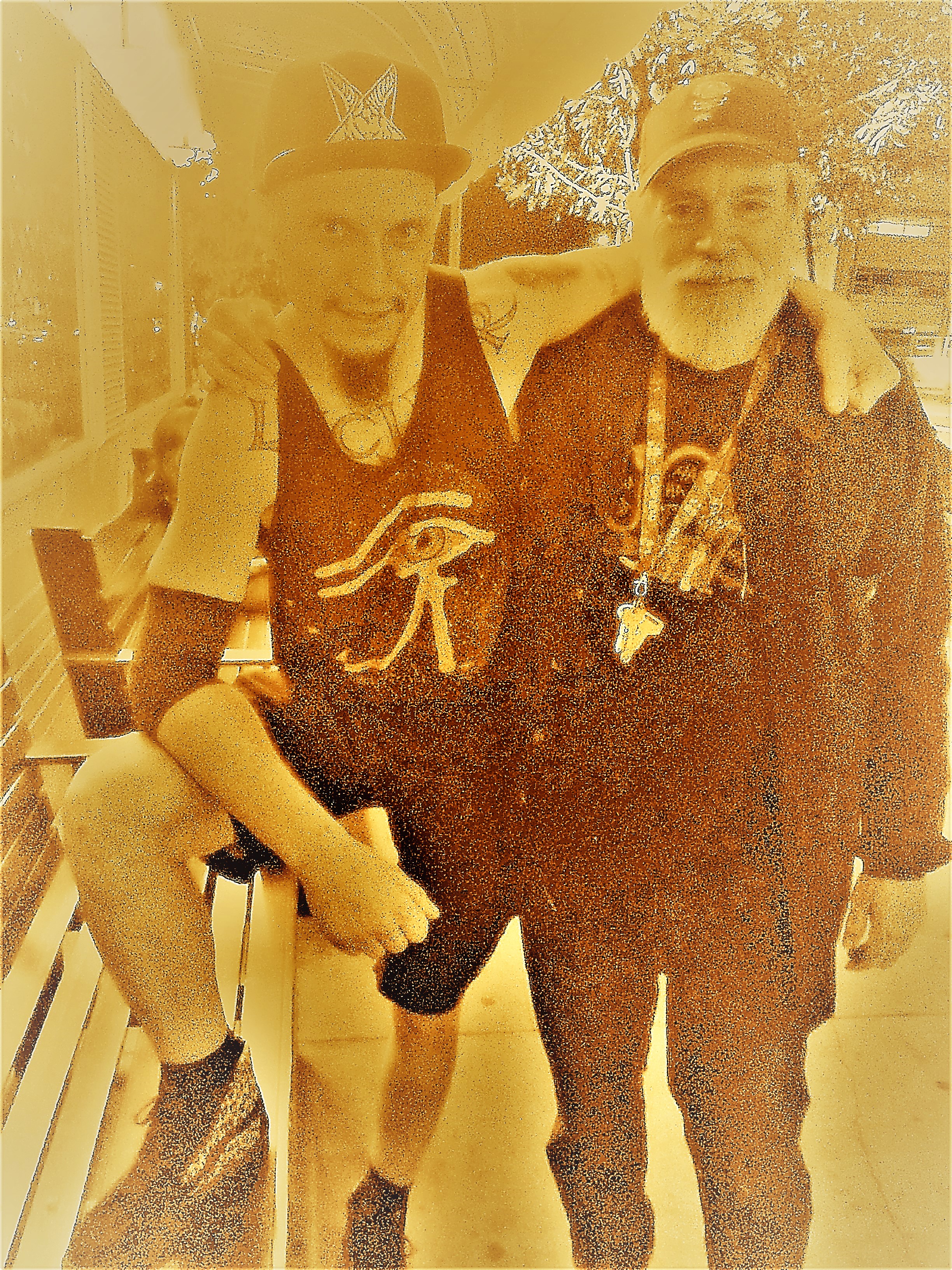