Cultural Depravity?  Who Painted Out The Great Bukowski Mural?

The Mural, at Kingswell and Vermont in East Hollywood was painted in 2015 by Nathan Anderson, a local L.A. artist.  The person who evidently commissioned the mural was none other than Hollywood bookseller Alan Siegel’s daughter, who was trying to open a “Bukowski” bar a few feet east of the Mural.  Alan ran Hollywood’s biggest bookshop for years.  He also had another huge store out in Burbank, and a 10,000 square foot warehouse in NOHO.  His daughters were raised in the book stores, and I heard it was Marcie who was opening the bar, which I don’t think got off the ground.  If anyone has any information on this let us know.

I was sad to get this message from my Facebook friend Robert Ready:

“Hey Paul! I wish I had been mistaken, but that Charles Bukowski mural on the south side of Kingswell at Vermont in Los Feliz *has* been painted over–with an ugly and pointless brown pigment. Oddly, the mural of his books is still up, just a few yards to the East…” 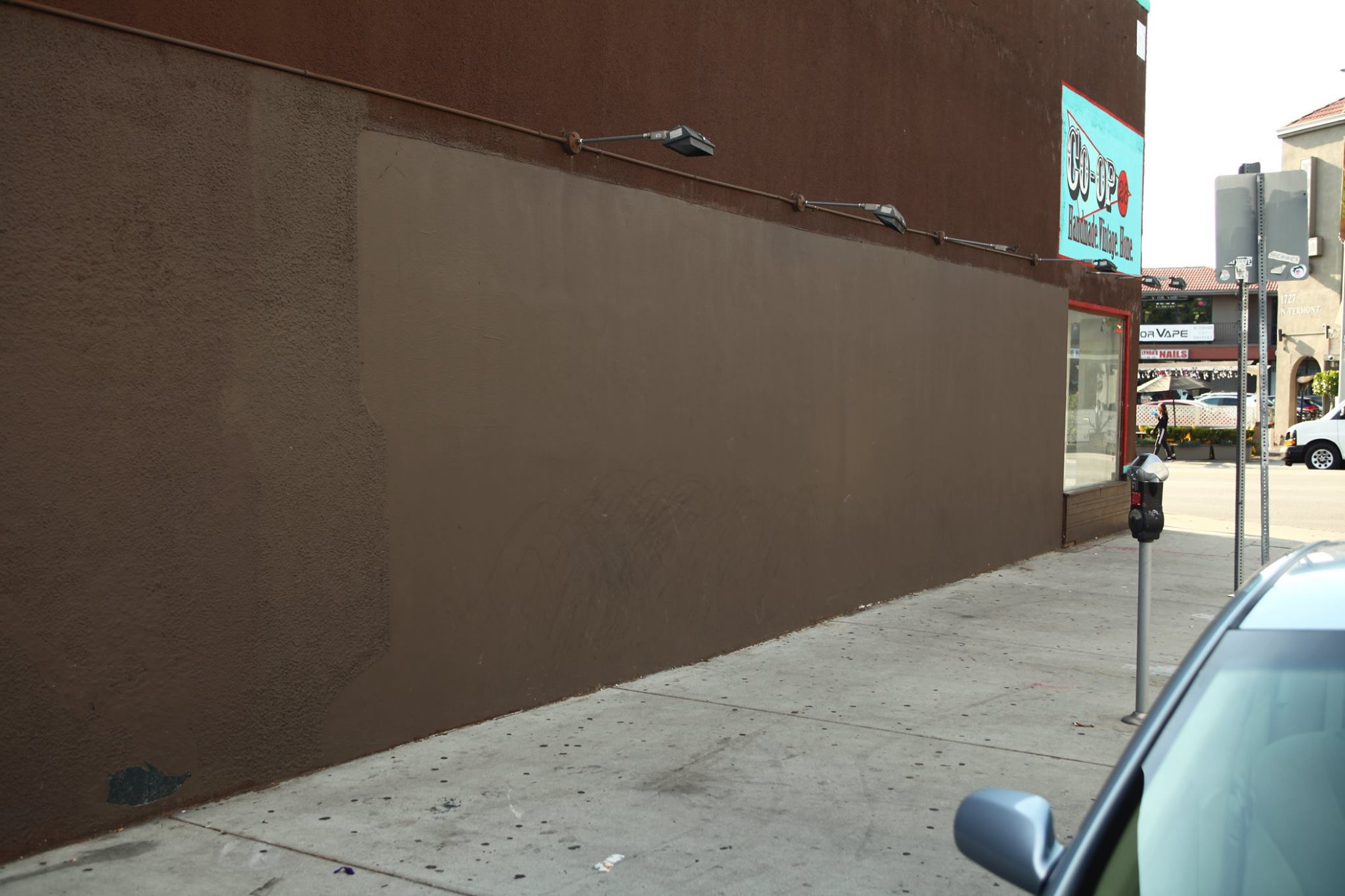 No more Bukowski – Just an Ugly Brown Wall, which is perfectly symbolic of the antics of Hollywood landlords.  Photo by Robert Ready 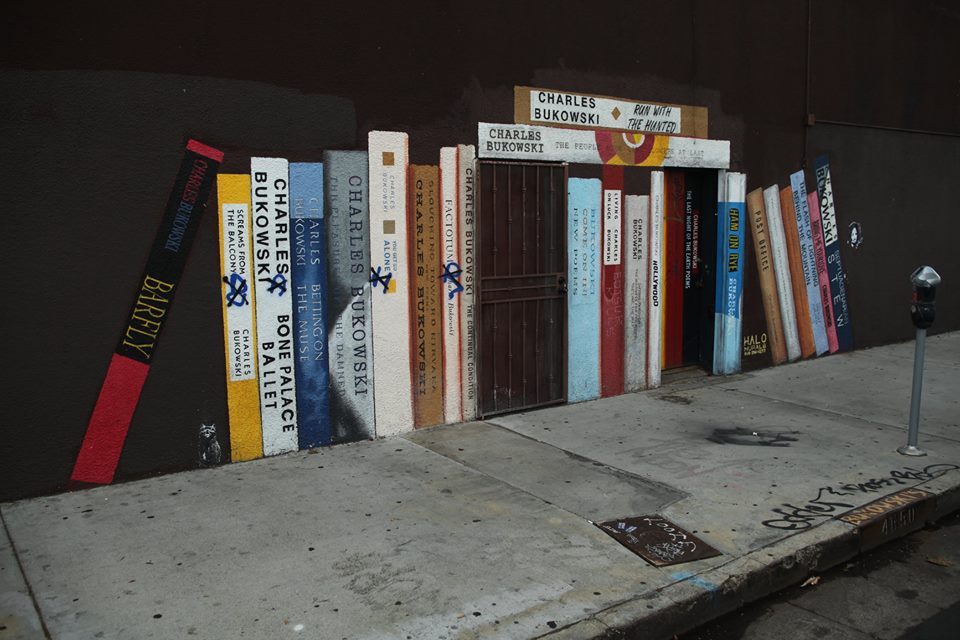 Some books still survive the wipe out.  Photo by Robert Ready 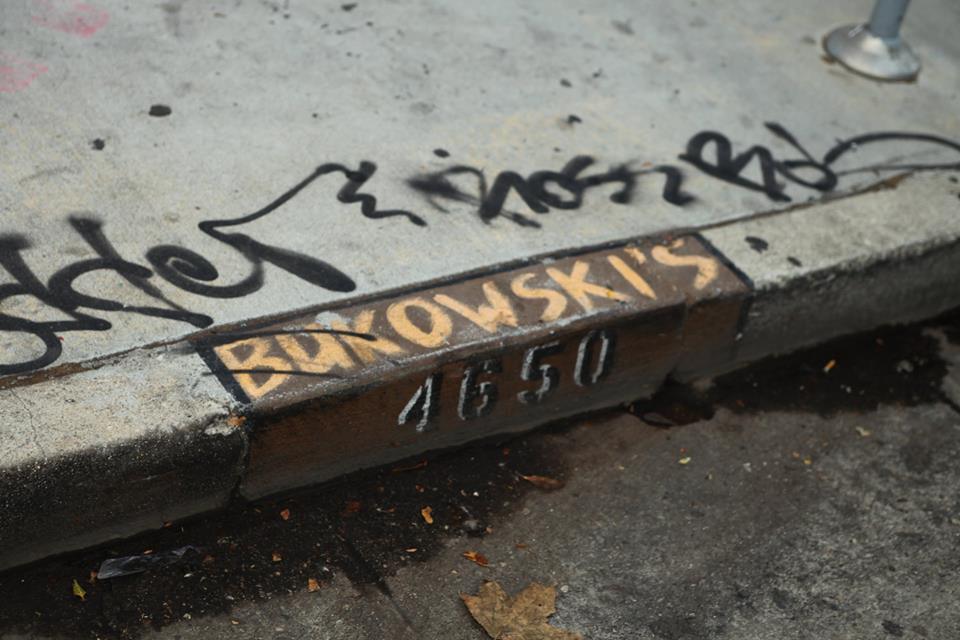 Bukowski curbed, so to speak  Photo by Robert Ready 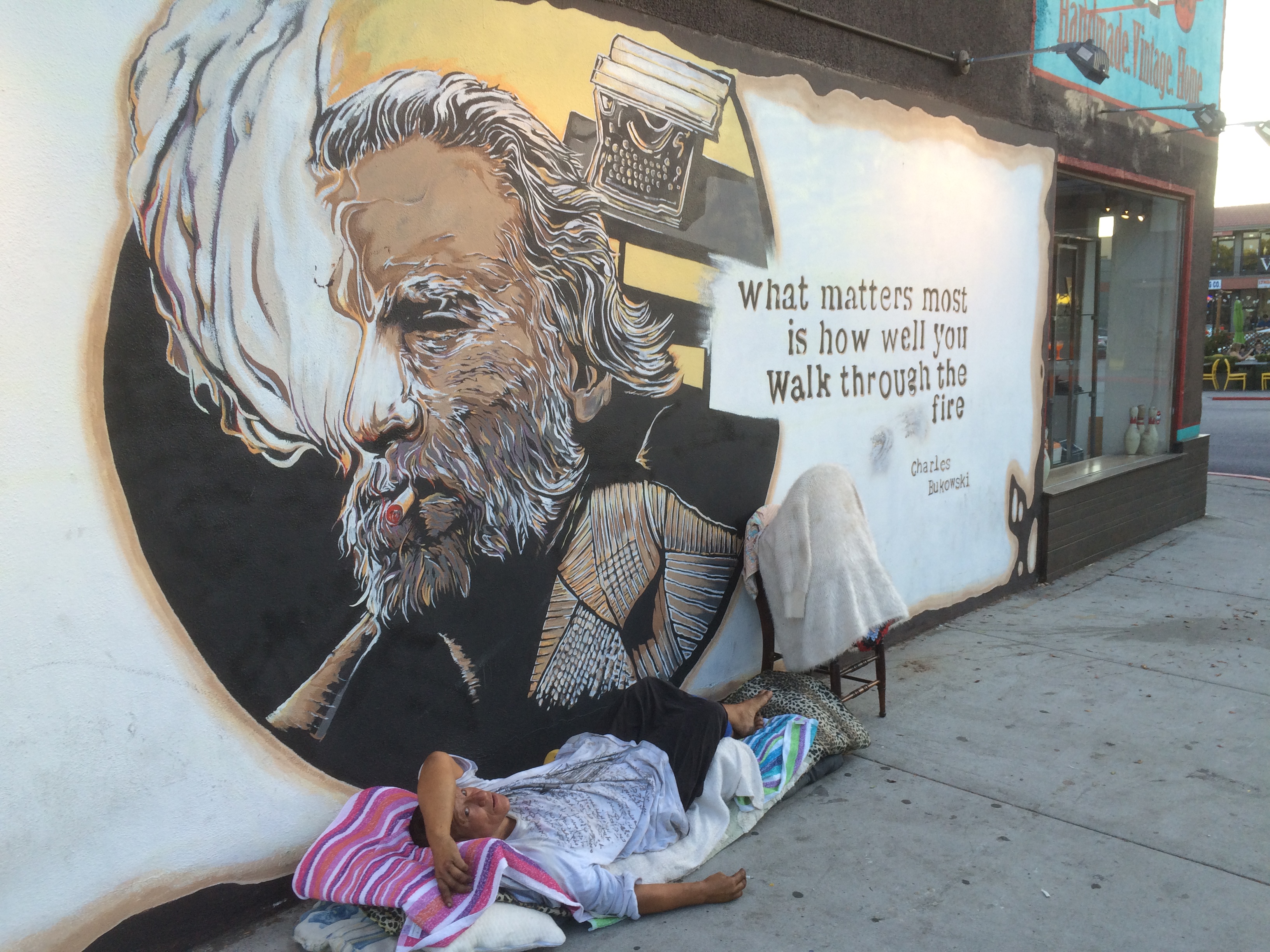 I love this photo, I took it about 2 months after the Mural was up. Buk would have liked the idea of homeless folks sleeping under his Mural. Photo by Paul Hunt.

The physical destruction of old Hollywood continues, with countless buildings and entire blocks being torn down.  Billions of dollars pour in to build monstrous complexes.  And the homeless population seems to increase by the day.