Here’s the guide to the book shops of the period: This was a tri-fold, so if you print this on both sides of one sheet and then fold in thirds, you will have an exact replica. 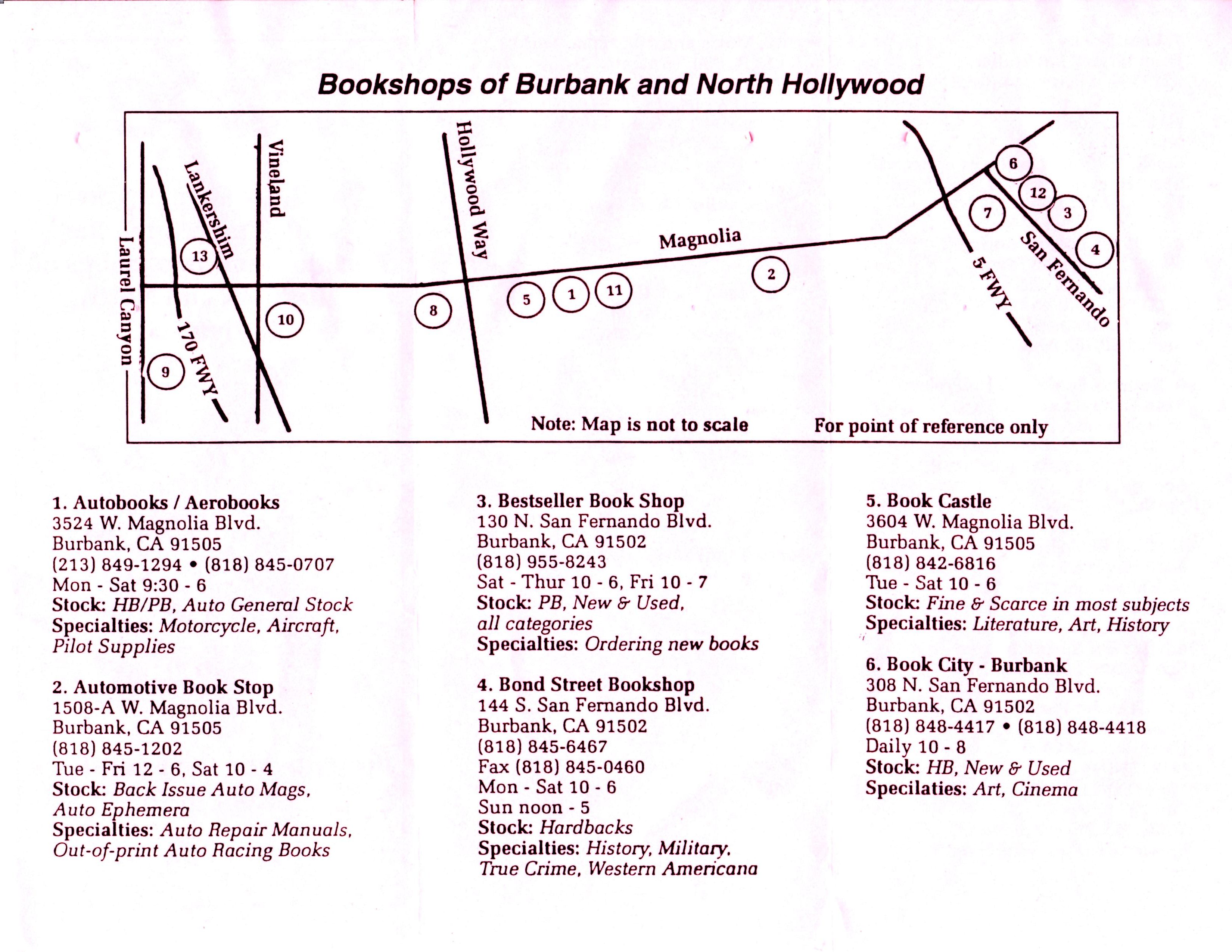 The once thriving book trade in the Burbank – North Hollywood area is long gone.  The high rents are the culprit here, as the normal turnover due to booksellers retiring or dying is usually replaced by the younger generation.  This is no longer the  case, as what few apprentices as there are have no means to open a brick and mortar shop under the current climate of real estate insanity.

Let’s do a quick overview of the above flyer, in order of listing.

I hope you enjoyed this overview, I have some photos and more to say about some of these shops if anyone actually wants to know. The end result is that out of the 14 shops on the flyer only 3 are still surviving in the area, which has gone through massive gentrification, Los  Angeles and Burbank pouring billions of  dollars into the area which has greatly benefited large real estate and corporate interests.

3 thoughts on “Old Bookshop Guide to Burbank and North Hollywood, The Glory Years”