Tales of Wild and Crazy Bookseller Behavior From the 1970s,

Some of it Actually True

Mark Sailor landed at Hollywood Book City sometime in the mid 1970s.  At that time, Book City was in its growing years, expanding from one store to three storefronts on Hollywood Blvd.  The Store was started by Jerry Weinstein, of the famous Weinstein booksellers.  I knew them all except one of the sisters, and I can tell you they were bibliophiles through and through.  There’s been a few family book dynasties in Southern California, The Dawsons and the Duttons come to mind, but the Weinsteins outnumber any other contenders in all fields, they opened book shops around Southern California, often competing with one another, sometimes squabbling with each other, sometimes partnering up, but usually a fiercely independent group, helping each other only in the direst of circumstances.

When Jerry started Hollywood Book City, he was already a veteran bookseller.  As I remember, he was first involved with Universal Books, which was down east of Vine Street.  Jerry was somewhat desperate to find a suitable partner for the Book City store, someone who could lend a hand but also pump in some desperately needed capital. The desperation was so bad that he even asked me, which was really a joke, I was driving a cab and barely had enough to eat much less that strange word “capital”.   At the time, his sister lived in New York and was married to a man named Alan Siegel, who did have some money.  Jerry convinced them to come out West.  It was a good partnership for a while, but Jerry’s wife did not get along with Jerry’s sister, and that led to a breakup, with Alan running the Hollywood Store and Jerry heading out to the San Fernando Valley, where he started Valley Book City.  More on this Weinstein saga later (maybe), for now we are at the juncture of Mark Sailor drifting into Hollywood Book City and getting a job working with Jerry.

Hollywood was thriving in those days.  Book shops lined the street, and all retail was booming.  Most folks think that working in a book shop is a great life:  you could just sit around reading books all day, making an occasional sale.  How wrong, wrong, wrong you would be if you believe that nonsense, especially if you were talking about the weirdest place on earth, the center of the spinning vortex of strange behavior:  Hollywood.  Let us never forget that Hollywood and the surrounding area was founded by some wonderful but far out religious cults and communes and their occult and secret marks are still on the land.  I have written about this before, and intend to expand on it in the future.

Whatever Mark Sailor knew about bookselling, he probably got a shock working at Book City. The street was full of weird people, who would often come into your shop and drive you nuts.  I worked at several bookshops in Hollywood, and there was never a dull moment.  Nutcakes were especially more obnoxious at night, stealing books, tearing out pages, pissing in a back isle, eating gooey food they had sneaked in, on and on.  Some were so smelly you had to eject them right away or they would run off your other customers. And then there were the robbers, often with guns and/or knives, intent on getting a handful of cash from your register to buy enough drugs to make it through the night. All the above remarks apply only to the other booksellers on the street.   The patrons were even worse. 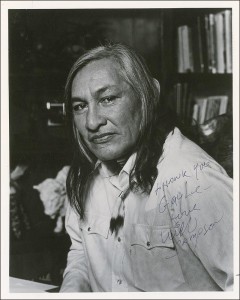 Mark Sailor was in the middle of this inferno, starting out as a clerk, putting brodarts on books, cleaning up, trying to remain positive.  He was tall and thin, with thick glasses, an infectious smile and so good natured that I thought he wasn’t 100% human- I never saw him in a bad mood.  One night Will Sampson, the Native American actor who was just starting his acting career, came into Book City. Mark said he was drunk. He was a big guy, 6’5” and a tough former rodeo rider. He was in a rage about the white man and all the things they did to the American Indians. (We all agree with him on that issue). For some reason he grabbed Mark, taking him completely by surprise and got him in a headlock. He then marched him up and down Hollywood Boulevard, all the while ranting and screaming about the evil white man.  Mark thought he was going to die.  Sampson was so strong that Mark, thin and wispy, couldn’t break loose, and the big Indian dragged him around the Boulevard like he was a rag doll.  After a while, he calmed down, let Mark go, and staggered off.   As far as we know, even after Will sobered up, they did not become fast friends. So much for the pleasant evenings working in a bookstore in Hollywood.  After that, Mark became wary of anyone entering the store and getting too close to him.  This story came via Cliff, who got it from Mark before he died. 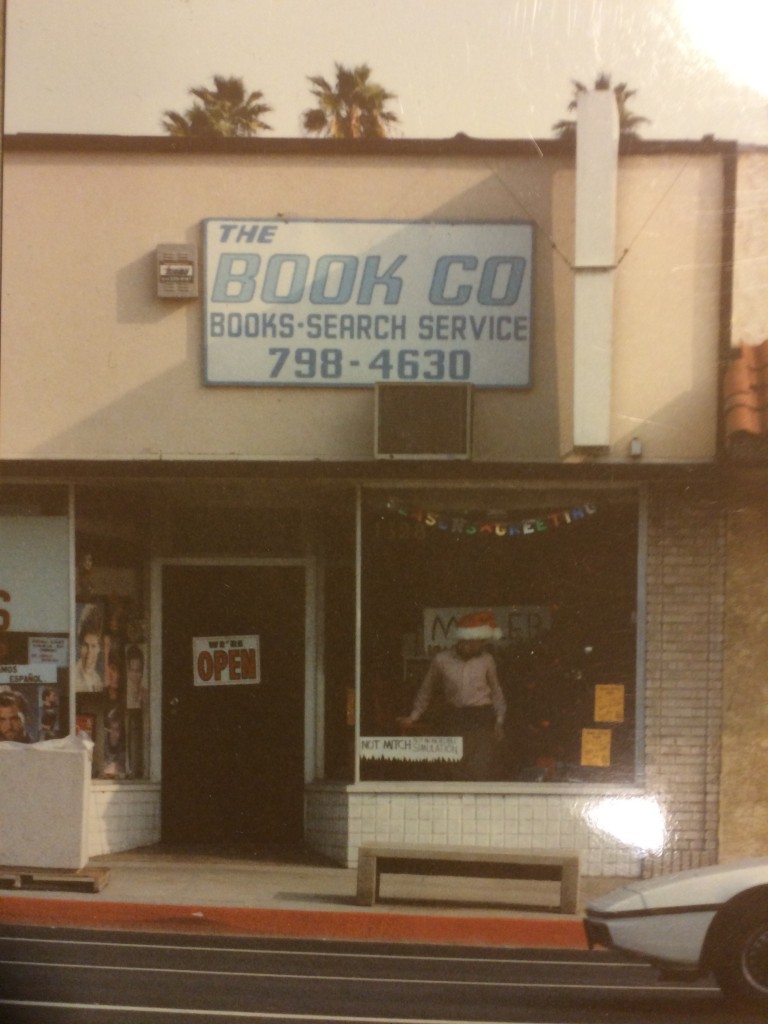 Mark went on to work at other bookshops, like Cliff’s in Pasadena.  Mark became a first-rate bookseller.  He opened his own stores at various times.  I think his first one was on North Lake Street. Alan Siegel, owner of Hollywood Book City very generously paid for the first months rent, last months rent and security deposit to help Mark get a start. It was a nice shop, but about a year or two after opening the landlord decided to have the building re-roofed, and as soon as the old roof was taken off, an unexpected rain storm came, ruining Mark’s entire stock of books.  The jerk roofer left town, never to be called into account, and Mark had a bad time getting any recompense from the landlord. As the saying goes, “life ain’t for sissy’s”

When Mark first got the shop opened, Alan sent Ivan Chertoff up to help Mark put plastic Brodarts on the dust jackets of his books.  This was a job that Ivan had at Hollywood Books City, where he had hung out for years, not really an “official employee”, but helped Alan around the shop for lunch money.  I met “Ivan” many times at Book City, and frankly always felt that he had more than a few screws loose.  His real name, by the way, was Aaron Sotland according to Cliff.  I have no idea why he donned the moniker of “Ivan”, but other customers at Book City called him the crazy Russian.  When the moon was full, look out, he could fly off the handle.  Mark worked at Book City during this time, and certainly knew Ivan, so some kind of deal was made for Ivan to lend a hand to Mark in his new shop.  Alan probably needed a breather, another good reason aside from the obvious charitable one, to “loan” his ace Brodarter to Mark.

“Ivan” died a few years ago of cancer.  Mark went to the hospital to see him, but Ivan refused to talk to him, angrily and loudly proclaiming that Mark owed him money, possibly from the days of disaster at the Book Company.  Ivan died the next day.  My only thought is that if you are on death’s door why worry about a few bucks that someone owes you?  You aren’t going to take it to wherever you might be headed.  Somewhere I have a photo of Ivan getting an award from the City of L.A. or some Library Group, I’ll post it when I find it.

Another interesting thing that Cliff told me recently is that when he was younger he dated Mark’s mother Marilyn.  Small world, eh?

Later, he had another shop called The Owl Bookshop.  I was never there, but found an old business card that I’m reproducing here.  Mark helped out Cliff with bookselling and bookkeeping until his death a few years back.  He was a sweet guy, always polite and seemed to keep his cool, even under some of the difficult circumstances in his life.

I will update this post in the future, with some photos of Mark, as soon as I find them.  I also need to check with Cliff to get more information on his death.  I know he went into the Huntington Hospital in Pasadena, he wasn’t feeling well.  He was put into an induced coma, which he never came out of.